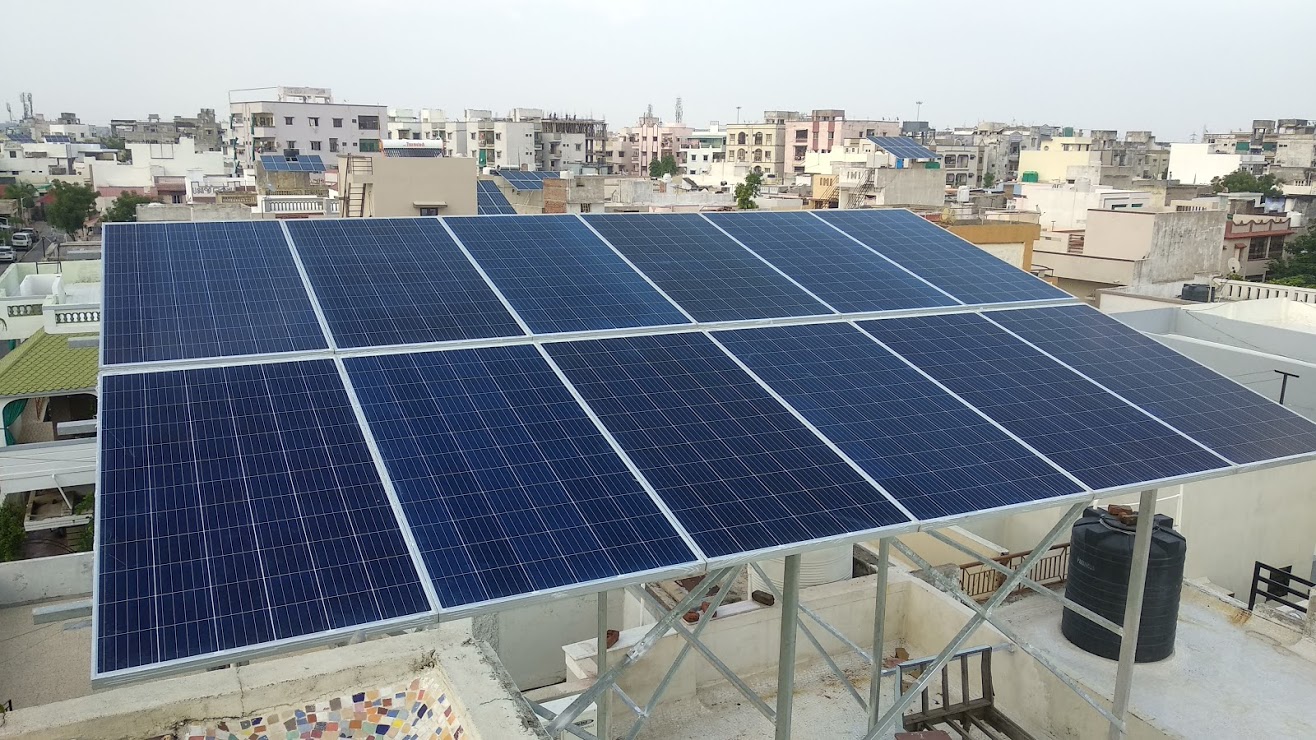 Solar Rooftops for Residential, Industrial and Commercial Use

Sunlight is converted to DC electricity power by Solar PV module. This DC power is converted into AC power in synchronization with grid using grid tied solar inverters, the generated energy by solar system is recorded by solar meter and supplied as per loads need of building. If power required by load is more than power generated than power is drawn from grid. This energy drawn is recorded as import energy units in ‘Net-meter’. If power required by load is less than power generated by solar system, then balance power is supplied to the grid. This energy supplied to grid is recorded as export units. As per net metering policy, consumer has to pay for net units i.e. import-export of units.

*Above details subject to change as per GUVNL/DISCOM's/company's Policies. Heighted structure cost will be charged extra as applicable.

Disclaimer: As R&D is a continuous process the Design and/or specifications may change any time without prior information.

Since 1994, the company has it’s distributors, dealers and channel partners present all over the country.